We've builld an Adwords script to report on Budget vs Spend some while ago (you can find the old version here, in Dutch). Goal was (and is) to gain insight in Ad Spend throughout a month for one or multiple acocunts, when compared to a budget (goal). I've received a tremendous amount of feedback on this script (some of which in the comments, which for some reason I don't get notified about, so sorry about the delay). I was suprised by some people translating the original blogpost and using the script succesfully, in other words there was quite some feedback from abroad. So I decided to write this little update in English.

Here is how it works. I'll try to sum up all features.

Or, go straight to the script. 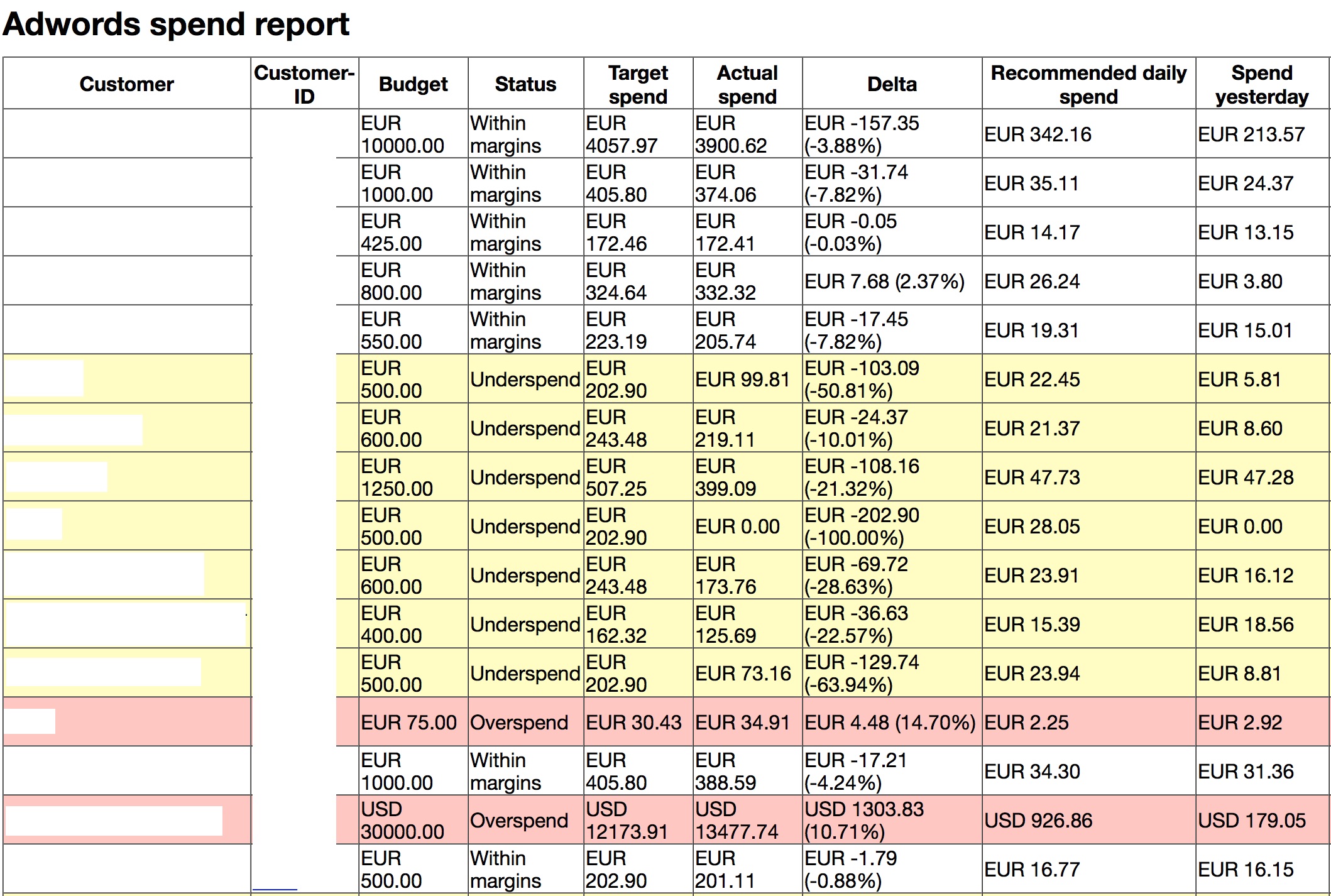 This script in developed in collaboration with pdds.